The Protection Principle of Protective Masks

2021-11-12
The protection principle of FFP3 Protective Mask EN149 with CE
1. Protective materials The materials used to filter particulate matter in the air are mainly natural fibers, mineral fibers or synthetic fibers. The principle that this filter fiber can filter particulate matter in the air is mainly divided into 5 types. They can Add together to produce effects, which are sedimentation, inertial impact, interception, diffusion, and static electricity. When large particles of matter are affected by gravity under the action of airflow, they can rise and fall into the filter material of the mask. Separation in the air stream. When the particulate matter bypasses the fiber obstructing the air flow, some higher particulate matter will be affected by inertia due to the excessive weight, and deviate from the previous air flow direction and hit the filter element to be filtered.
2. The function of interception is to rely on the airflow on the assembly line close to the filter material, so that its radius is greater than the distance between the streamline and the filter material to be intercepted. The diffusion effect is mainly due to the thermal movement of molecules in the air. Some tiny particles are impacted by the molecules in the air, constantly changing the direction of their movement and presenting Brownian motion, randomly contacting the filter material of the protective mask, and then being filtered out. . If the protective mask contains weak static electricity, whether it is the particles in the air itself or not, when they are close to the protective mask, they will be attracted by static electricity and be filtered out. The effect of static electricity can help protect the mask without increasing Improve the efficiency of filtration under the premise of resistance.
3. When you get a protective mask, first gently pinch the nose clip in the protective mask and put the mask on our face to ensure that the protective mask can cover our nose and mouth. Then bring the upper elastic band into the head and tighten it to prevent air from entering our mouth and nose, and then tie the Xia elastic band to our neck, and when using a protective mask, we must fully open the mask to avoid reducing breathing When the mask is too thick, it is difficult to breathe. The ear-hook mask directly puts both hands through the ear straps, puts the nose clip on the upper end of our nose, and wears the mask on the nose and mouth. 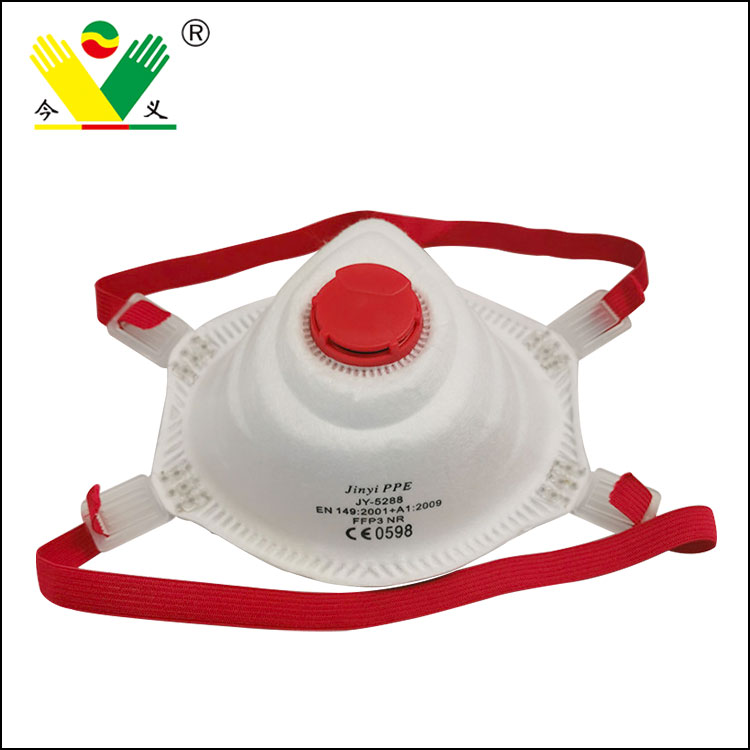